A Historic Day in Jerusalem… President Trump Another Promise Kept! 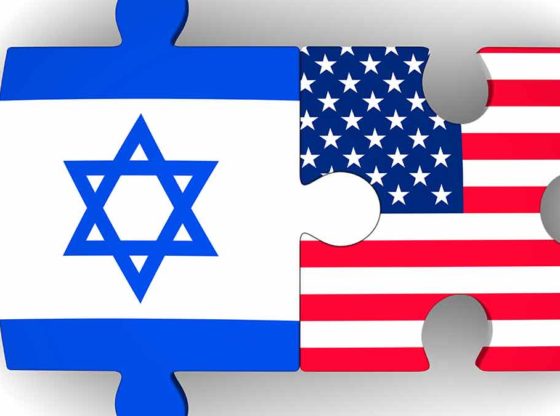 No wonder the progressives, Democrats and even some Republicans hate President Trump so much!

How dare he fulfill the promises he made during his campaign!  He is making the rest of them look like … typical politicians…just say whatever they need to, in order to get elected.

Judge Jeanine Pirro: Trump sends the world a message in recognizing Jerusalem as Israel’s capital!
May 13, 2018 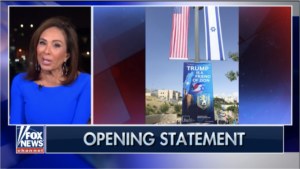 We are at a truly historic moment in Israel’s history, one that is cause for great celebration. Not only has President Donald Trump chosen to withdraw from the disastrous Obama Iran nuclear deal, but we are on the eve of the momentous opening of the American embassy in Jerusalem – a move that recognizes Jerusalem as the capital of Israel, and a move greatly appreciated by the people of Israel.

President Trump’s pullout from the Iran deal, although expected, became a virtual certainty when Prime Minister Benjamin Netanyahu proved through Israel’s intelligence agency Mossad that Iran had been lying to the world as it continued to enrich uranium and develop nuclear weapons. Iranian documents uncovered by that same intel agency are proof positive that Iran lied. Iran? Lie? Shock.

On Tuesday, the day of the withdrawal, bomb shelters opened up in the Golan Heights and the Israeli army was on high alert as Israel braced for imminent attack.

In Israel, as we proceeded from Haifa to the Golan Heights, there were no sirens. School buses and taxis continued to run. In Tiberias at night, we heard the undeniable sound of rockets. At breakfast, we found out that that indeed there had been an Iranian rocket offensive toward Israel from inside Syria. Israel responded with strategic precision, targeting Iranian munitions storage warehouses, logistics headquarters and intel systems within its proxy Syria. Israel does what Israel needs to do. 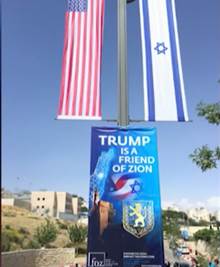 He not only sends a message to Iran but to Russia as well, that the U.S. is back as a dominant regional player after the Obama years. He recognizes the reality that everyone else in the west willingly blinds themselves to – and that is that Jerusalem is the one and only capital of Israel. Trump is simply putting his imprimatur on what has been history in the last 2500 years: that Jerusalem has only been the capital of one people’s country or kingdom, and that people is the Jews. And that country is and was Israel.

On Saturday, Iranians marched against the United States, protesting President Trump’s decision to withdraw from their nuclear deal. Maybe they should consider protesting that the $150 billion Obama gave them in cash wasn’t used to benefit them, but instead to support both Iran’s nuclear development as well as its military budget which has grown by almost 40 percent.

Montage: Past Presidents Promise to Move U.S. Embassy to Jerusalem…Clinton, Bush, and Obama had also promised to move the U.S. embassy
May 14, 2018 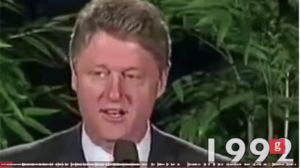 In 1992, Bill Clinton proclaimed: “Jerusalem is still the capital of Israel and must remain an undivided city accessible to all.” 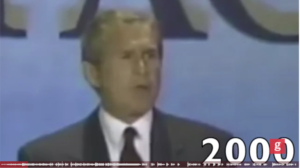 Likewise, George Bush campaigned on moving the embassy.  “As soon as I take office I will begin the process of moving the U.S. ambassador to the city Israel has chosen as its capital,’’ Bush said in 2000. 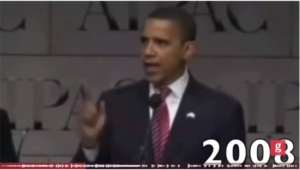 In moving America’s embassy in Israel from Tel Aviv to Jerusalem, President Trump just delivered on a promise made by Presidents Barack Obama, George W. Bush, and Bill Clinton. All four promised as candidates to move the embassy to Jerusalem, but none other than Trump brought the issue to the fore after being elected presidents.

Trump too promised on the campaign trail to move the embassy: “We will move the American embassy to the eternal capital of the Jewish people, Jerusalem. (Cheering and Applause) … Therefore, I have determined that it is time to officially recognize Jerusalem as the capital of Israel. While previous presidents have made this a major campaign promise they failed to deliver. Today I am delivering. I’ve judged this course of action to be in the best interests of the United States of America and the pursuit of peace between Israel and the Palestinians. This is a long-overdue step to advance the peace process and to work towards a lasting agreement.”

Mahalo, President Trump, for your bold decision. Mahalo for making the alliance between Israel and the United States stronger than ever. Mahalo for keeping another campaign promise!

The Shame of Hawaii’s Congressional Delegation
DON’T BUY IT!