Today we mourn the loss of a true American Hero, our deepest condolences to the entire McCain ohana on the passing of Senator John McCain.  As we honor his lifetime of service to this nation in our military and in public life, we should also thank God that such a man lived in our lifetime.  God bless John McCain.

John Sidney McCain III (August 29, 1936 – August 25, 2018) was an American politician who served as the senior United States Senator from Arizona, a seat to which he was first elected in 1986. He was the Republican nominee for President of the United States in the 2008 election.

A graduated from the United States Naval Academy in 1958, he followed his father and grandfather—both four-star admirals—into the U.S. Navy. He became a naval aviator and flew ground-attack aircraft from aircraft carriers. During the Vietnam War, he was almost killed in the 1967 USS Forrestal fire. While on a bombing mission during Operation Rolling Thunder over Hanoi in October 1967, he was shot down, seriously injured, and captured by the North Vietnamese. He was a prisoner of war until 1973. During his captivity he experienced episodes of torture, but refused an out-of-sequence early repatriation offer. He retired from the Navy as a captain in 1981 and moved to Arizona, where he entered politics. In 1982, he was elected to the United States House of Representatives, where he served two terms. He entered the U.S. Senate in 1987 and easily won reelection five times, the last time in 2016.

In his 36 years in Congress, McCain became one of the country’s most respected and influential politicians, challenging his fellow lawmakers to reach across the aisle for the good of the country, and often sparring with reporters with a biting if self-deprecating wit. 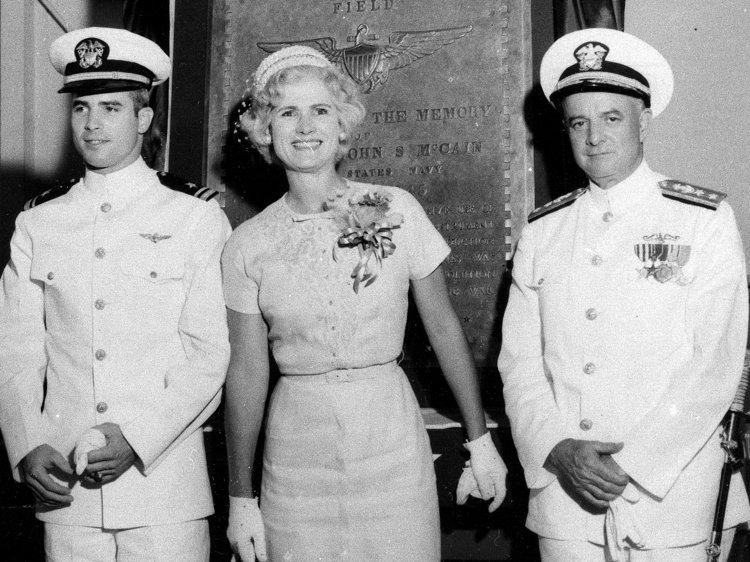 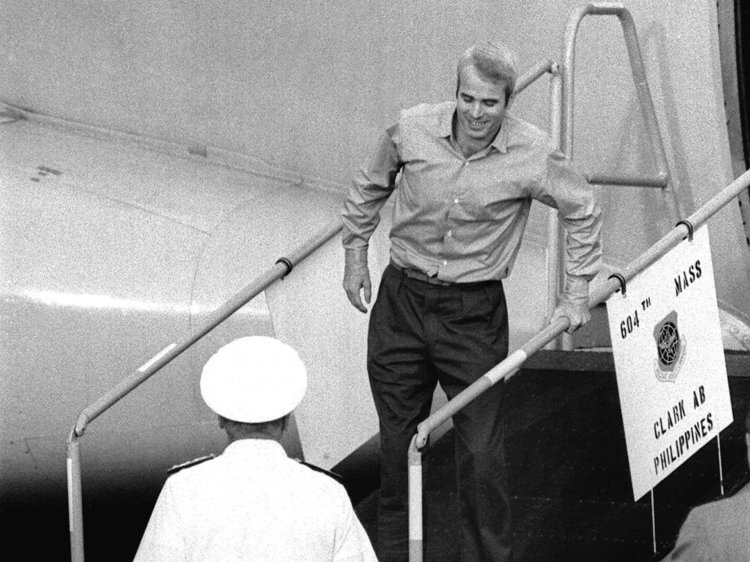 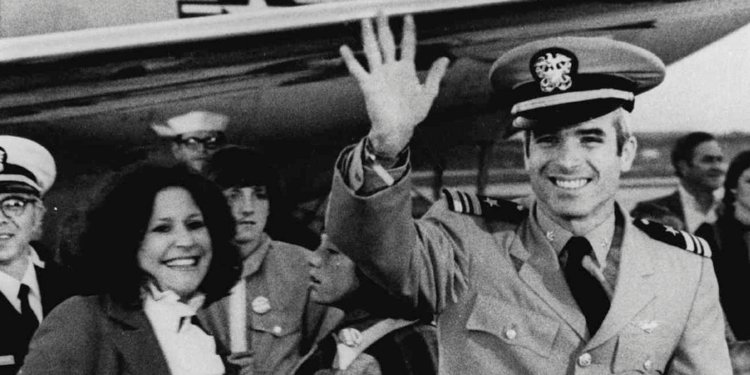 Then Lt. Cdr. John S. McCain III, a POW for over five years, waves to well wishers after arriving at Jacksonville Naval Air Station in Florida in this March 18, 1973. 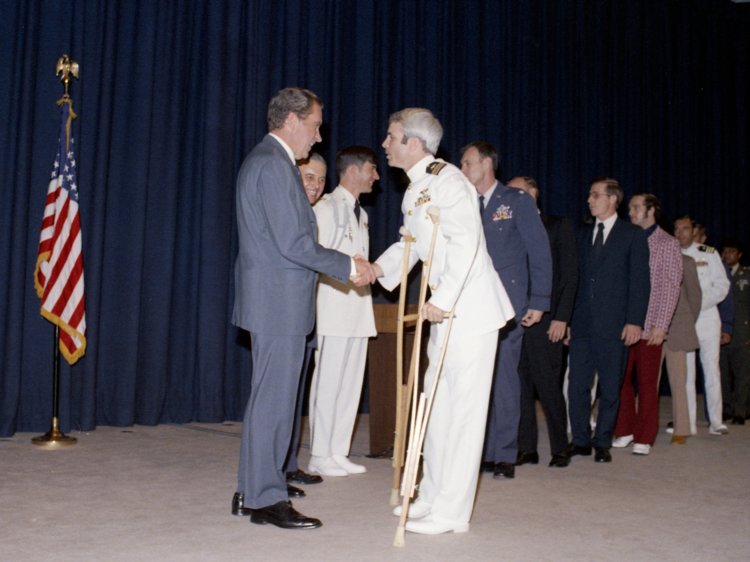 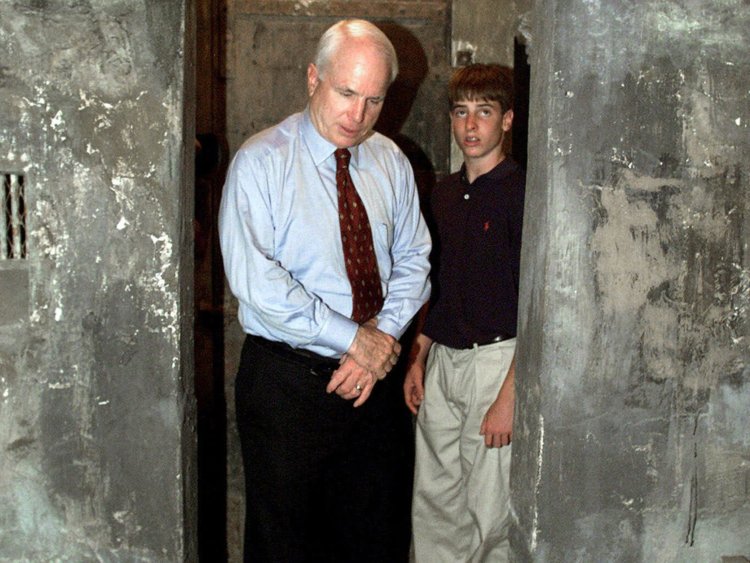 John McCain tells his son Jack about his time as a Vietnam war P.O.W. as they look into a prison cell at the Hoa Lo prison in 2000. 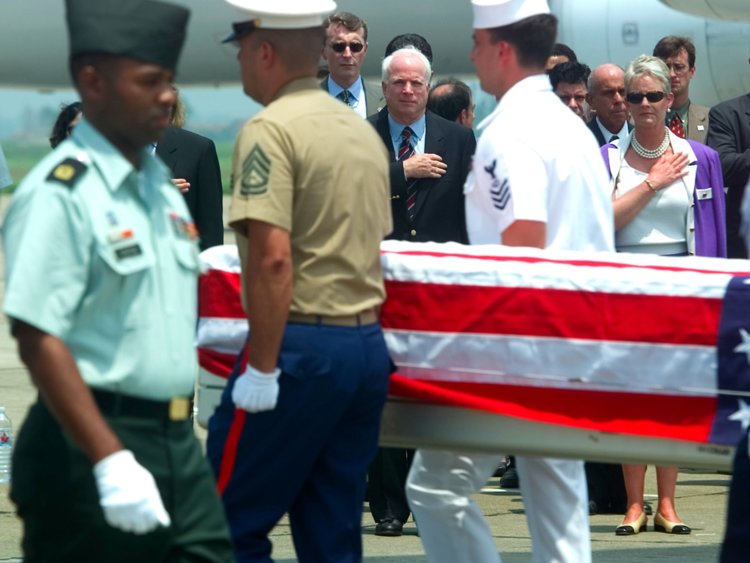 John McCain and his wife Cindy show their respects during a repatriation ceremony, Vietnam, April 2000. 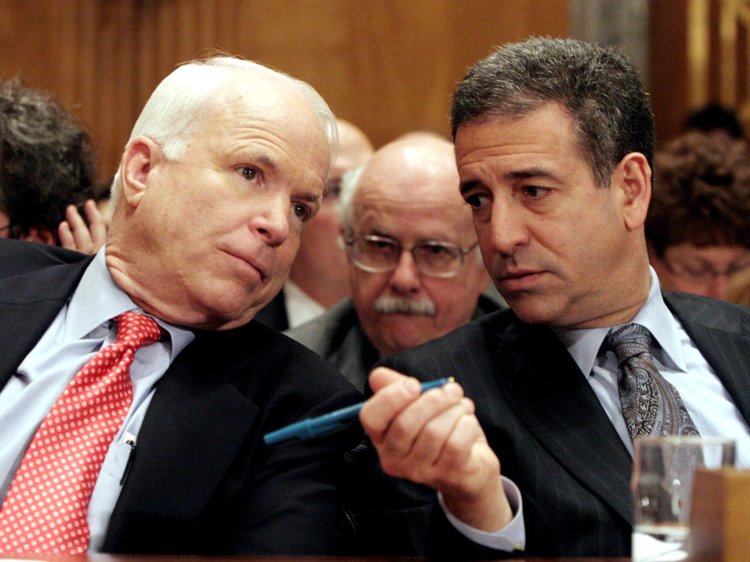 Despite their positions on opposing sides of the aisle, McCain and Sen. Russ Feingold joined forces to reform campaign finances. 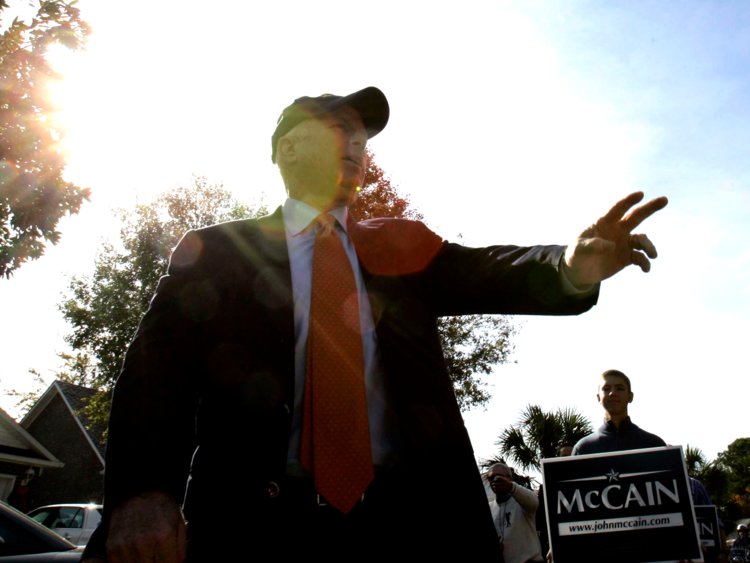 John McCain greets supporters during his 2008 campaign for the presidency.