The Shame of Hawaii’s Congressional Delegation 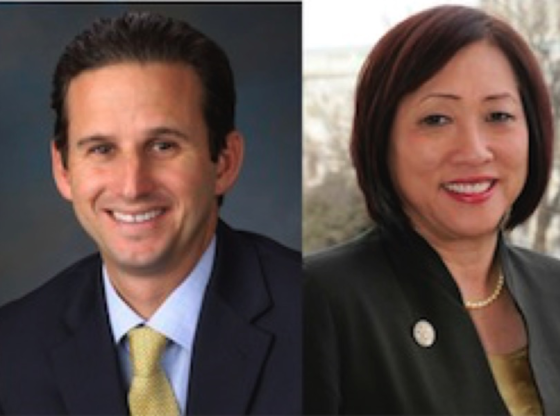 The Shame of Hawaii’s Congressional Delegation
by Dr. Amarjit Singh

Isn’t it shameful that at a time of national and international exigency, the Hawaiian congressional delegation should decide to criticize the airstrikes against another inhumane Middle Eastern dictator? Their position is nothing but political, irrespective of the facts and needs of the situation. And, frankly, this is unconscionable.

Would the delegation have chastised Obama if he had stuck to his ultimatum and struck Syria after Assad crossed Obama’s infamous “red line in the sand?” I don’t think so, and this is what makes the delegation’s criticism at once hypocritical and meaningless.

But, this is exactly what the citizens of Hawaii get when the entire congressional delegation belongs to a single party. There is no diversity, no freshness of voice, and no debate – just plain bipartisanship, notwithstanding the problems and threats facing the nation. Makes me think they wouldn’t mind America going down the tube so long as they could be in power. Very insensitive and gauche, it feels.

And it surprises me that the intelligent citizens of Hawaii haven’t seen through this.

It naturally shows moral bankruptcy when the delegation fails to recognize the madness of a dictator who gases his own citizens. It is a pity they have forgotten the holocaust, even though one of the congressional delegate is Jewish. Very insincere and faithless, I’m afraid.

The delegation fails to fairly assess the international situation, and the independent verifications by UK and France that Syria used chemical weapons. First, the delegation wants to criticize Russia in Congress, but then doesn’t want to act against the depravity Russia defends. They want to chastise Russia, but don’t like it when President Trump does so. Regrettably, the delegation can’t have it both ways. But, do they even have morals if they are willing to run with the hares and hunt with the hounds?

Isn’t it telling that Trump displayed guts against Syria while Obama ate his threats, made false excuses, and cowered in fear? Yet, the congressional delegation finds it hard to swallow that their own former leader made a fool of himself and made the USA look like a weakling. Their knee-jerk reaction now is to criticize a strong President out of their own shame and guilt. This is so pitiful, unfortunately.

The congressional delegation isn’t going anywhere in USA’s interest. But we know where they are coming from: negotiating with a vile dictator and admittedly having travel paid for by an Assad supporter, thus violating the Logan Act of 1799, and consequently committing a crime for upending the US Department of State by negotiating with President Bashar Assad who had a dispute with the United States. It is the delegation throwing a spanner in the works of US foreign affairs, while disguised in the garb of honest dissension. Any one can understand their manipulation quite well.

It is a dark day in American history when the congressional delegation sides with Russia and a mass murderer who kills women and children.

Moreover, it is so insulting to the hundreds of thousands of men and women in uniform who work selflessly to protect our liberties and high moral ground.

Let the congressional delegation know and understand: Assad had to be sent the vital message that using chemical weapons is an egregious crime against humanity. But, does the delegation care at all for humanity and the babies who were gassed? Not that the delegation wishes to protect babies in the womb, anyway. When the world did not pay heed in time to Saddam’s gassing of Kurds, and when the world let pass Hitler’s cession of the Sudetenland, the world paid heavy consequences. Therefore, it is necessary to take the bull by the horns when evil raises its head. Let the delegation know that additional missiles are “loaded and locked” for Assad, if necessary.

And, when the likes of the congressional delegation like Joy Behar sink to a new low by referring to Kim Jong Un and Putin saner than Trump, we know that the needle of insanity is beginning to swing forcefully to her and the left.

Dr. Amarjit Singh is a Professor of Civil and Environmental Engineering at the University of Hawaii, Manoa. This article is his personal opinion.