Friday, our Senators Hirono and Schatz voted, as they were told to by Senator Schumer, against a key procedural step necessary to pass a short-term funding bill. Their vote guaranteed the federal government shutdown at midnight last night.

The short-term funding bill, referred to as a Continuing Resolution, would have sustained federal funding at current levels. Their primary reason for voting NO was because the measure did not include a solution for the Deferred Action for Childhood Arrivals (DACA) immigration program.

Sen. Mazie Hirono (Hawaii) — “I will be voting NO on the House CR because it does not include protections for Dreamers…”

Sen. Brian Schatz (Hawaii) — “I’m a NO. This is not the way to govern. There is a bipartisan agreement which could fund essential services for Americans, help the dreamers…”

Yesterday and today Senators exchanged barbs on the Senate floor pointing fingers at each other, however it was Senator Sanders that put this whole debacle into perspective…“If we allow Trump to get away with what he did, and that is repeal the executive order on DACA, and if these 800,000 people, young people, are subjected to deportation, this will be one of the ugliest stains in the history of the United States.”

The Senate adjourned for the night without a deal to end the government shutdown and a vote has been postponed until noon Monday.

What’s in the Continuing Resolution?

This short-term spending bill would actually increase non-entitlement domestic spending; increases military spending; it re-authorizes for six years the Children’s Health Insurance Program (CHIP) which Democrats have been asking for for weeks. So basically on the spending side this gives Democrats practically everything they wanted, and yet they are still saying NO. This proves they will not take yes for an answer, they want to tie it to an amnesty for the dreamers. So Senator Hirono and Schatz are supporting this “Schumer Shut Down,” basically supporting the interests of illegals over the interests of the children in America who are going to get CHIP, all of the government employees, and most importantly our military members and their families.

Hawaii has 22,248 Federal employees and 40,034 Military personnel affected by our Senator’s NO vote. Approximately 9,566 (43%) of the Federal employees will be furloughed while the remaining, along with those in the Military, will be working for without pay. 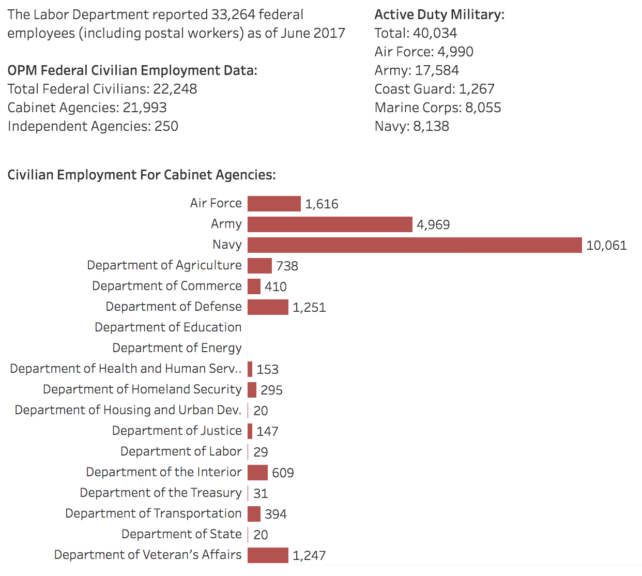 With 50% of Hawaii residents living paycheck to paycheck this could have a disastrous effect on approximately 4,783 residents working for the Federal government, and possibly 20,017 military personnel and their families. Hawaii deserves better!

The clock’s ticking. The longer our Senators fail to do their jobs, the greater the impact will be on Hawaii’s already fragile local economy.

Government shutdown…what does it really mean?

During shutdowns, federal employees are divided into “excepted” and “non-excepted” groups (the official wording was changed from “essential” and “nonessential” in 1995 to avoid hurting people’s feelings). Non-excepted personnel receive furloughs: They’re off work until the shutdown is resolved and stop receiving paychecks.

Here are the major departments that shut down.

What about Social Security, Medicare, Medicaid payments, Military Retirement Pay, VA Disability, and GI Bill payments? These programs are part of the mandatory budget (other Legislation) and are never shut down because their funding is automatic.

While President Obama’s administration weaponized the shutdown of 2013. Remember this… 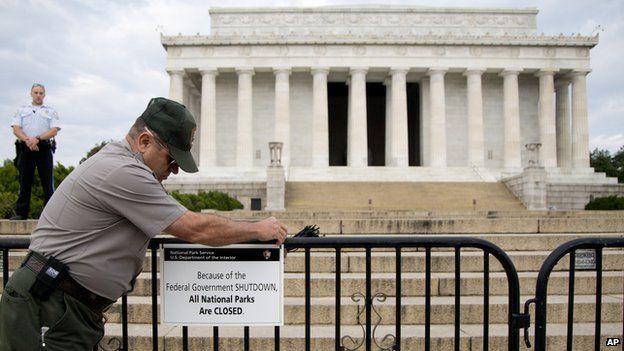 President Trump’s administration is working to minimize the impact of the shutdown on the American people. Interior Secretary Ryan Zinke tweeted Thursday that the department would aim to keep public lands “as accessible as safely possible under the law.”

President Trump has also directed his administration to figure out ways to use carry-over funds, multi-year appropriations and other mechanisms to delay shutting down.  Press Briefing by OMB Director Mick Mulvaney and Legislative Affairs Director Marc Short on the Potential Government Shutdown.

Nothing really bad happens when there’s a shutdown for the simple reason that only “non-essential” parts of the federal bureaucracy actually gets closed. The shutdown won’t affect the politicians responsible for it — members of Congress keep getting paid when the government shuts down.

Perhaps no group of Americans are impacted the most by the shutdown as our Active-duty service members and their families. Not only do our Active-duty members go unpaid for their service. But military commissaries are closed down and many child care centers on military bases are closed. This forces military families to grocery shop at often more expensive public grocery stores, and working military spouses to stay home or scramble to find backup child care.

The most egregious effect is to the families of service members who are killed while defending our country. The Department of Defense stops processing the death benefit that is usually sent to grieving families within 48 hours, and is often used to pay funeral expenses. Must read from the 2013 shut down: Shutdown Denies Death and Burial Benefits to Families of 4 Dead Soldiers.

Fortunately Congressman Don Beyer (D-VA), Rob Wittman (R-VA), and 40 co-sponsors have introduced the Federal Employee Retroactive Pay Fairness Act (H.R. 4827). This legislation sends a clear signal to our federal workers that they will not be harmed in the unfortunate event of a shutdown and will be compensated at their standard rate of compensation for the period of shutdown.

Don’t believe the political hype, misinformation, half-truths or outright lies of our political elite and career politicians that have created this mess by choosing to “Resist” our President at the expense of our hard working federal employees and military personnel!!  It is nothing more than kabuki theater.

What can you do?

We urge you to contact your Senators, tell them to do right by our local Federal employees and Military personnel. Urge them to put their personal political agendas aside and vote YES on the continuing resolution and open the people’s government. 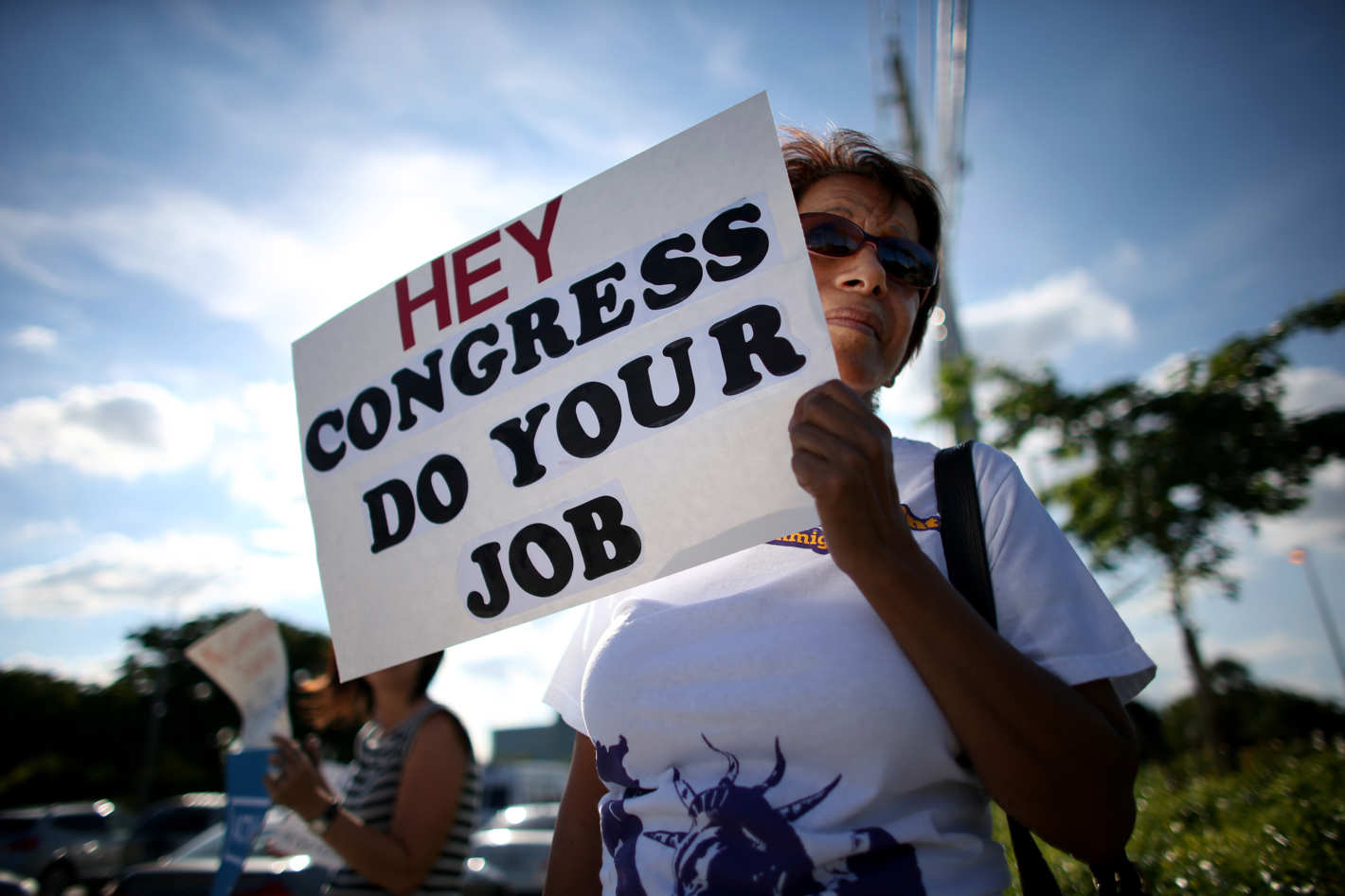