Is it time to start having the conversation about the sanctity of life?

Home /Archive/Is it time to start having the conversation about the sanctity of life? 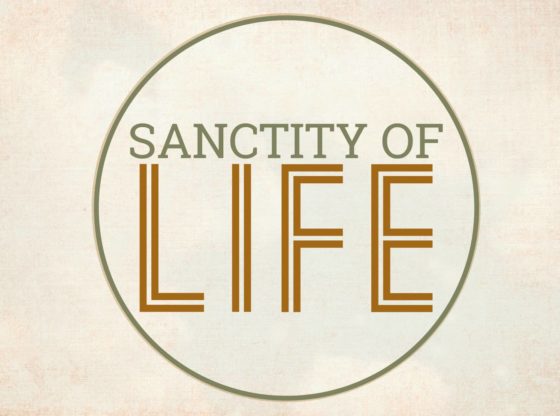 In their 2017 report, Americans United for Life ranked Hawaii 41st, stating Hawaii lacks the most basic protections for women and unborn children. The state fails to require informed consent for abortion, to mandate parental involvement in a minor’s abortion decision, or to ensure that abortion clinics meet minimum health and safety standards. Hawaii also fails to protect unborn victims of violence and to ban destructive embryo research or human cloning. 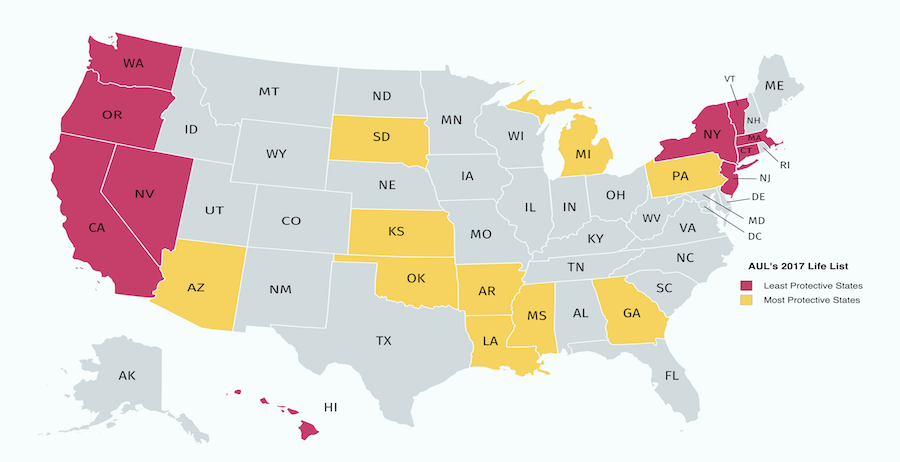 More recently Hawaii has joined Oregon, Washington and New York, states that also believe that abortion is no big deal, in a tele-abortion pilot program.  Tele-abortion is a way to terminate a pregnancy after consulting with a doctor in a video-conference.  UH doctors in the study say tele-abortion is safe and complications are rare.  The only Hawaii abortion providers are on Oahu and Maui and doctors say tele-abortion improves access to abortion… (HNN – Hawaii Joins ‘Tele-Abortion’ Pilot Amid Debate About Procedure’s Safety)

Is this what we are coming to?

These recent articles are also distressing as they continue to show how we as a nation devalue human life at almost every level. Pre-born, infancy, disabled, kapuna, terminal … 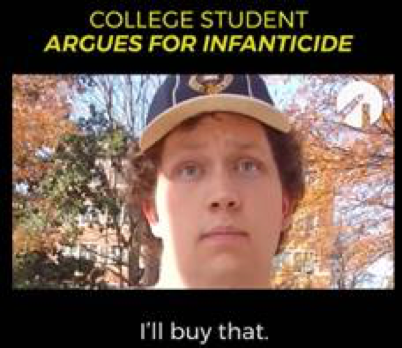 Then as you watch and listen to the young man in Pro-Abortion Student Defends Infanticide. Killing a 2-Year-Old Baby is Okay Because “It Can’t Communicate,” you may wonder “is he for real?”  The sad freighting reality is that yes he is and worse he is not alone in his thought process (or lack of).  He also defends infanticide and says that, “there’s nothing wrong with killing newborn babies because they are not capable of taking care of themselves or √holding an intellectual conversation.”  The twisted logic claims that because babies are not on the same level as someone old enough to feed and clothe themselves and to carry on a conversation that apparently their life is somehow less valuable.  This is the same contorted and twisted logic that abortion advocates use to defend abortion.

Think how our young are being indoctrinated into this mind set via social media, celebrities and some of our universities. 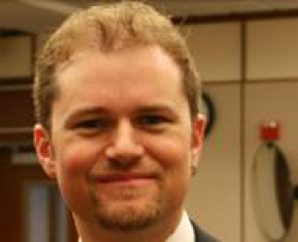 Talking about universities, University Professor Promotes Killing Disabled Babies: “Time to Support Eugenic Abortion,” we have this Professor David Perry who appears to share the same view as Margaret Sanger, you know founder of Planned Parenthood.  Professor Perry champions abortion for babies diagnosed with Down syndrome or other mental or physical disabilities.  He also believes that it’s time to affirmatively support the right to eugenic* abortion, even as we fight the need for it. The struggle for disability rights begins with the affirmation that no one gets to tell anyone else what to do with their body. That includes abortion.

* Eugenics is a set of beliefs and practices that aims at improving the genetic quality of the human population.

We need to be worried about the path our state is going down.  What and who are we being designed to attract and accommodate?  Certainly not those who respect, cherish and value the human life.

16 Billboards Proudly Display the Horrific Depravity of Pro-abortion Ghouls – The largest abortion clinic in the state of Ohio has launched a sickening billboard campaign to encourage women to feel no shame for having an abortion.

Here We Go Again!
WHEN IS ENOUGH GOING TO BE ENOUGH?