Hawaii Cesspool Problems and Beyond!

Home /Archive/Hawaii Cesspool Problems and Beyond! 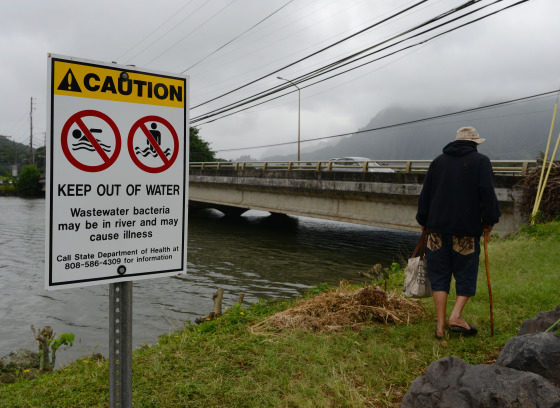 It starts with a cesspool problem that involves approximately 88,000 statewide.  The Health Department told Legislators $1.75 Billion will be needed to replace all of them, yet we can’t help but wonder what it is really going to co$t us$ taxpayer$.

Now, Mayor Caldwell wants to be sure we know that he tackled his goal to repave our roads.  Unfortunately according to Civil Beat, “None of the nearly 1,800 lane-miles repaved in the last five years has been treated with materials routinely used to extend street life.”  Why not?  What happens after we are hit with more heavy rains?  Will they need to be repaired again and at what co$t?  This has been going on for years, and until we the people say enough is enough, will only continue!

Additionally, is it really possible that the county of Maui may be forced into bankruptcy?  What a horrible discovery for the Maui County Council members to be hit with!  Is Honolulu County next?

Wouldn’t it be nice if we the people, you know the ordinary, hardworking, taxpaying, trying to make ends meet people, had a union or someone to watch out for our benefit?  Oh… wait, that’s right we do!  They’re called elected officials, but nothing changes if we don’t hold them accountable.

We are Moving!
Hau’oli Makahiki Hou!