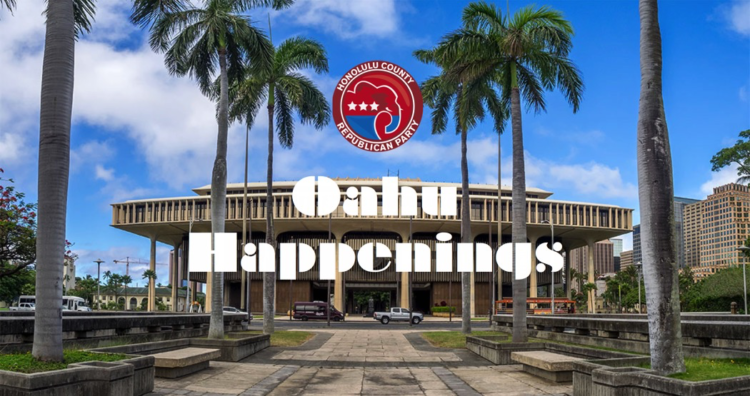 Patriots let’s take a quick look at what has been happening here in Hawaii:

Well we are at the top or is it the bottom of another list, again!  Hawaii Residence are the deepest in debt, that’s #50. However I think most of us already knew this. The unfortunate people at the Hawaii Childrens Discovery Museum … what a sad state of affairs.  Issues  with the homeless,  feces splattered on the front door, urine in keyholes and a bloody tampon on the steps; how graffiti (including use of the F-word) has covered walls and how vandals have tapped into the electrical system to fire up televisions and cell phones  and who do they turn to for help?  Police say Sheriff and Sheriff says Police, then you have the state that says city and the city says state … that’s Hawaii for you.

Chad Blair: A Kids Museum Struggles Amidst Homeless Squalor – But Loretta Yajima of the Hawaii Children’s Discovery Center in Kakaako will not be deterred from fulfilling its mission. By Chad Blair / February 20, 2018 Then we have the House Finance, Judiciary and Transportation committees who prefer that their hearings are not televised for the people to see, because as Rep. Nishimoto says, they are concerned about cost…Really!  He didn’t seem to worried about cost, when he excused himself from the vote to bail out the rail last year!

The Only Three Legislative Committees You’ll Almost Never See On TV – Despite the difficulties of attending legislative hearings in person in Hawaii these House committee chairs have nixed televising their hearings. By Nathan Eagle / February 20, 2018 We have the final State Audit for OHA and unfortunately there is nothing we didn’t already know, the usual wasteful spending and lack of transparency.  OHA Trustee Keli‘i Akina, the fiscal conservative on the board, called for the removal of Kamana‘opono Crabbe, the organization’s chief executive officer.  What would happen in the private sector if this happened…can you say “YOU’RE FIRED!”

Office Of Hawaiian Affairs Trustee Calls For Firing Of CEO – A recent state audit found both the chief executive, Kamana‘opono Crabbe, and trustees are responsible for misspending. By Anita Hofschneider / February 20, 2018

Final State Audit Criticizes OHA For Misspending, Lack Of Transparency – The audit found the Office of Hawaiian Affairs is spending money too loosely in a way that benefits the politically connected. By Anita Hofschneider / February 13, 2018