What do these Sanctuary States and Cities expect?

Home /News For Members/What do these Sanctuary States and Cities expect?

If you run renegade and refuse to comply with federal laws designed to protect the American resident, you risk losing federal funds … what did you expect?  I am sure this will be an ongoing problem. So think about it, should these protected illegals be counted in the census and thus become an added financial burden to taxpayers and possibly giving more power to these states?

Note: These are laws that were enacted by congress (Mazie)! As Ex-ICE chief Homan told congress to their faces, “If you don’t like this, do your job.  Fix it,” … Amen!

Apparently those that elected officials who support these sanctuary ports are more interested in protecting Illegals immigrants, regardless of the safety or cost to their constituents. What is wrong with  this picture?

·         Immigrants, those that migrate here from another country.

·         Legal immigrants are those that respects our nation and our laws and follow the set immigration process and will probably continue to follow all our laws throughout their lives and are assets to our communities!

·         Illegals immigrants are those who feel they are above our laws, and too many of them demand what they feel is their rights to circumvent our laws, then demand that we support and serve them.  They obviously do not respect our laws and what makes us think that will change?

I have been curious regarding the issue of vaccines, that while vaccines being mandated to American citizens for their children, are any or all of these illegal immigrants being vaccinated prior to being released into our nation?  Disease-carrying migrants put U.S. cities at heightened risk, experts confirm.

What of the cost the added burden to our economy?  Illegal Immigration Costs $116 billion Annually and note that this was back in September 2017!

So what about Hawaii? Who do our elected officials serve? Whose benefit are they looking out for?  Perhaps not a good question when you look at the condition of our state; over taxed; over regulated; large homeless population, sadly many due to hi-cost of living; the corruption in our government and the poor handling of the people’s monies!

If I may, this was a letter to the editor that was shared with me back in February of this year.

Interesting that our “enlightened” government is considering “Sanctuary State Status”.  I thought we, as a state, are broke and deeply in debt.  Why would we want to welcome folks who most likely will become a burden to our system either in dependency or worse, in crime.  After all, does not sanctuary infer a safe haven for criminals and illegal aliens?  How would these folks help our key asset…tourism?   How would these folks impact our homeless problem?

I guess we wish to follow California in its community bankruptcies (Stockton, Nevada City, Vallejo, San Bernardino and five hospital districts) and the state’s threatening insolvency due to debts and unfunded obligations.

Note, if our legislators are truly following California and New York, maybe they should also consider terminating the boondoggle rail project.  Just a thought toward being consistent.

Oh, one other point…it’s our money not the legislators. Also, government’s number one job to keep its citizens safe.

I don’t know who the author of this letter was but bully for him, he nails it perfectly!

Some of the dangers, is worth the risk?:

*   Despite Being Deported 3 Times, Illegal Immigrant Returns and Has Shootout with Police

Sanctuary Cities Violate Federal Law. It deals with those persons who knowingly conceal, harbor, or shield undocumented aliens and could apply to officials in sanctuary cities and states. Among the excuses offered by sanctuary states is their fear of losing the trust of the immigrant community.

The farce, you lose their trust when you show them that you are willing to manipulate the law to benefit those that break that law.  Perhaps the very reason they left their country of origin and came to our nation because we have laws in place that protect them.

But I digress, for the  past two years, bills have been submitted through both the house and senate to make Hawaii a Sanctuary State, fortunately so far has failed.  However in past months the Honolulu City Council submitted a resolution making Honolulu County a Sanctuary County!  Fortunately, thanks to many of you, it did not move to committee to be heard.  But the point is that it was even considered! Bill 31 Dead: No Sanctuary City!

Let’s take a look and remember those in our Legislature that support this policy:

Will this bill or others like it be back?  My guess is yes … will we be ready?  I hope so!

“But select capable men from all the people—men who fear God, trustworthy men who hate dishonest gain—and appoint them as officials over thousands, hundreds, fifties and tens.” Exodus 18:21

A federal appeals court ruled in favor of President Trump’s administration in a case involving federal dollars being withheld from cities based in part on their “sanctuary city” status.

The 2-1 opinion from a panel on the 9th Circuit Court of Appeals overturned a nationwide injunction issued by a federal judge, who sided the city of Los Angeles in its lawsuit over Community Oriented Policing Services grants, which are determined by a point system that takes into account whether the city applying is a sanctuary city.

The Trump administration found Los Angeles did not qualify for the grant because it failed to receive enough points under 2017 rules put in place by then Attorney General Jeff Sessions, which gave cities extra points for cooperating with the federal immigration officials with illegal immigrants who have been detained in city jails.

Who Do We Believe, the… 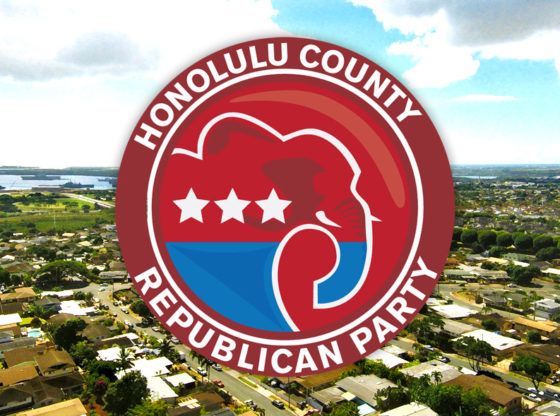 Advancing to the General Election.